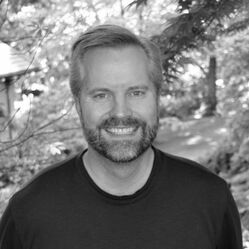 ​Graham has spent more than 25 years driving technology and policy strategies for advancing new approaches to solving difficult problems. In the technology sector, he managed targeted R&D programs as well as international cooperative efforts to develop new technologies. In his government roles, he managed two global partnerships focused on technologies and policies to address energy and climate challenges, as well as leading various analytical efforts and engaging with energy leaders from around the world. Graham also has significant experience in philanthropy and international development.
​
​​From 2010 to 2014, Graham led the international climate change office at the U.S. Department of Energy (DOE), including managing the Secretariat of the Clean Energy Ministerial (CEM), an effort to share and support implementation of best practice policy measures to advance clean energy supply, energy efficiency, and energy access. In addition to managing the practicalities of this global effort, Graham led the substantive work on many of the CEM’s initiatives, leveraging both U.S. Government and philanthropic funding to contract with leading experts from national laboratories, NGOs, and academia. That work included: the Super-efficient Equipment and Appliance Deployment initiative, focused on implementation or improvement of equipment and appliance efficiency programs; the 21st Century Power Partnership, focused on providing resources and technical support to increase understanding of the role of renewables, efficiency, and smart grids in the new utility business model; and the Global Lighting and Energy Access Program, focused on increasing access to clean, affordable energy solutions for the more than 1 billion people who don’t have it.

Graham’s leadership of the climate office was the culmination of ten years of federal service which included working on the climate negotiation team at the Department of State, leading international efforts to develop and commercialize fuel cell technology, helping to craft Obama Administration energy policy at the Council on Environmental Quality, and supporting deep bilateral energy cooperation between the U.S. and India, China, Mexico, South Africa, and other countries around the world.

Graham transitioned to government service after more than a decade in the tech sector, supporting new semiconductor manufacturing technology development efforts for Intel Corporation. Much of his work there was focused on international cooperation, serving as an assignee to two international consortia as well as working directly with global suppliers on technology development, including strategic investments. This background provided Graham with an in-depth understanding of corporate manufacturing, supply chains, and R&D strategies.

Graham’s government and tech sector experience is bookended by roles in international development and philanthropy. Early in his career he served as a Peace Corps Volunteer teacher in rural Kenya, and after leaving DOE he was Deputy Director of The Lemelson Foundation, which is focused on invention and entrepreneurship for social good.

After years of living all over the country and the world, Graham now lives in Portland, Oregon, where he and his wife enjoy that city’s focus on quality food, wine, craft beer and cocktails, not to mention sustainability and the environment. Graham holds bachelor’s and master’s degrees in physics and electrical engineering, both from Cornell University.